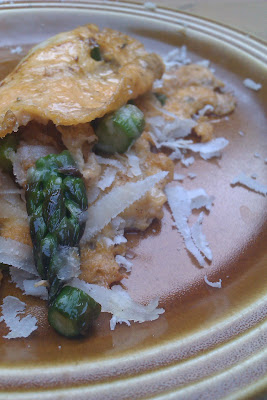 I'm pretty skint at the moment, having decided to finally jack the day job in and concentrate on the cooking malarkey full time (hence the quietness on here for a while). I was meant to go to the Isle of Wight this weekend for my amazing friend's birthday celebrations, but have had to pull out at the last minute due to lack of funds. To cheer myself up over the fact I could no longer go to the Isle of Wight, I went on a bit of a food splurge, thanks to Marky Market and a lull in concentration at work. I ordered some Barnsley chops and a live crab (which is currently resting in my freezer), but it was the mention of  Gull eggs which had lured me in. 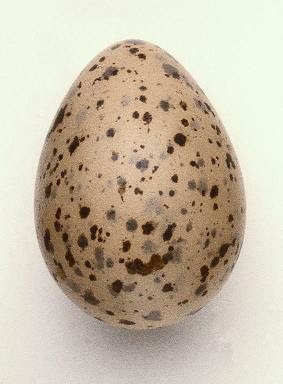 Gull eggs are only in season for a few weeks, from the beginning of April through to mid May. The eggs are a speckled green colour, gamey in taste and are bloody expensive !! The high price of gull eggs is down to both the short season and the fact that there are only about 25 Defra licensed Gull Egg collectors in the whole of the UK.

So when I got my delivery dropped off with the news that one of the two eggs had been broken in transit, I was both deflated at the fact that one had been broken, whilst been slightly pleased that I now had to only pay for one egg ! I was kindly given the broken Gull's egg in a ramekin - a bit of a double win for me there been a from Yorkshire and all that - and was told to make a omelette with it.

I knew that it would be a sacrilege to add some of the mild cheddar which had been languishing in the fridge for a week or two to the omelette.The previous day I had been at a little of what you fancy for a great lunch of Asparagus, Parmesan and Fried Duck Egg, with the Old Man. After thoroughly enjoying the lunch the day before,  I picked up some English Asparagus and some Berkswell Cheese on the way home


1. Melt butter in a frying pan and add asparagus, cook for a minute.
2. Add the egg and make an omelet, sorry I can't explain step by step how to make an omelette - sorry its just making an omelette, my grandad taught me how to by showing  me rather than telling me how to do it. If your stuck check out  Delia here .
3. Just before folding the omelette, grate some Berkswell over the top, fold and then eat straight away.

So there you have it, probably the smallest most expensive omelette I have ever cooked and ever will cook.
Posted by Green Onions at 16:22

Green Onions
From good honest Yorkshire stock, I have grown up surrounded by food and the cooking business since been a quiet and curious little girl standing on tip toes to reach work surfaces.I am now trying to cook and eat good, fresh, honest and simple food in the pleasant surroundings of a council estate in Hackney, East London. Also trying to spread the joy and delight of eating good seasonal British food to the good people of London Town and beyond, by running the Green Onion Secret Supper Club and Shacklewell Nights - a Hidden Dining venture in various secret venues across London , for the pastcouple of years. For more information about the Supper Club, please e mail greenonionguerillacooking@gmail.com or info@shacklewellnights.com

Next Pop Up Hidden Dining Dates
We are planning a number of exciting events throughout the summer months
If you want to join our mailing lists to be informed of these events  - please email
greenonionguerillacooking@gmail.com or info@shacklewellnights.com

Other Stuff I Find Interesting